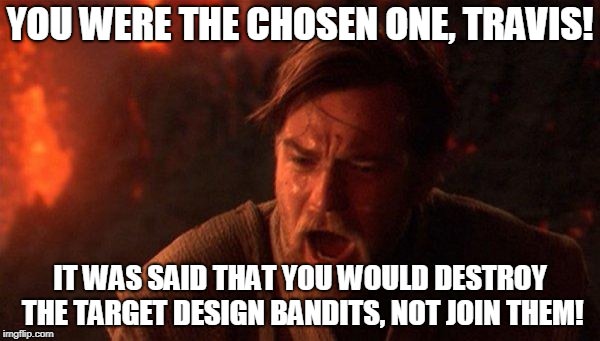 Tldr The guy who has a history of getting butthurt about other companies building similar (or identical) steel target designs got called out for ripping off my new design. 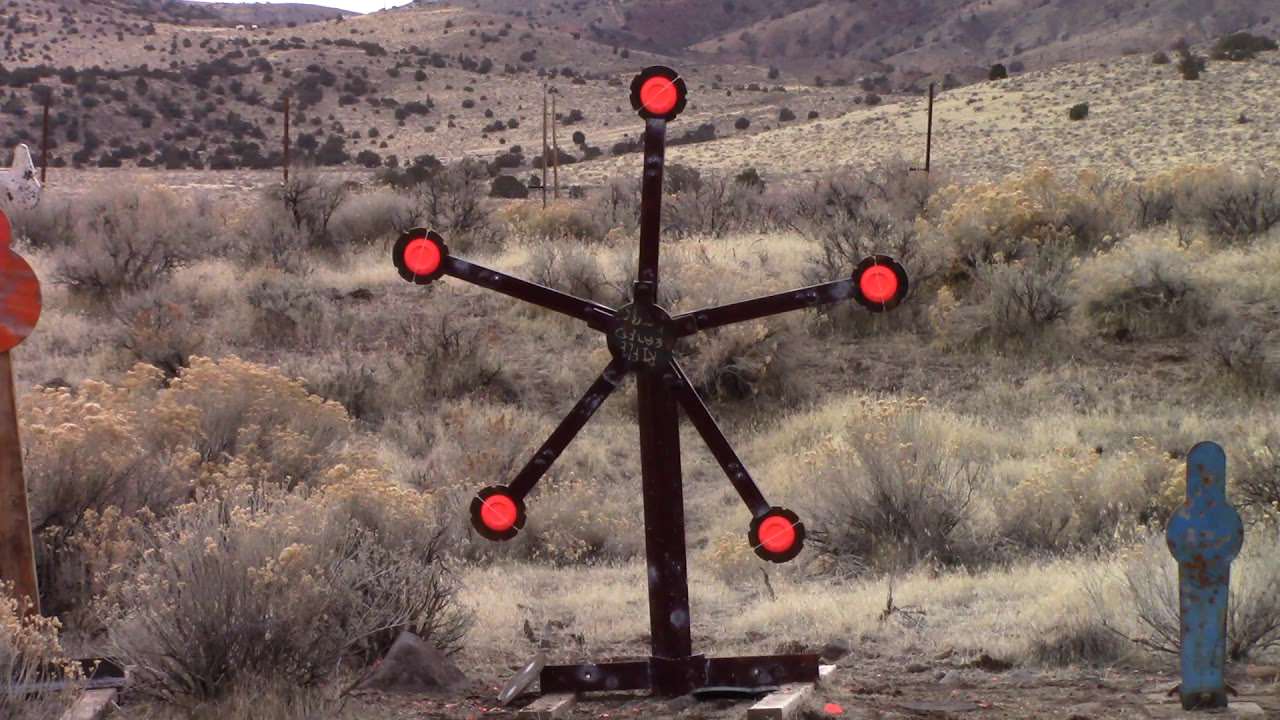 Basically, I took the standard competition texas star concept and turned it on it’s head. Instead of shooting the first paddle off and then picking off the rest as it spun, you had to shoot clay targets out of the paddles. If you hit a paddle, you’d get penalized, and it would then start swinging, making it harder. 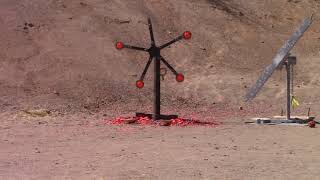 I kept the system a secret until a big 3gun match in Arizona this spring, Superstition Mystery Mountain in Mesa AZ. It went great, everyone loved (hated) it and a fine time was had by all.
One of my major competitors, Travis Gibson of MGM Targets, was at the match. 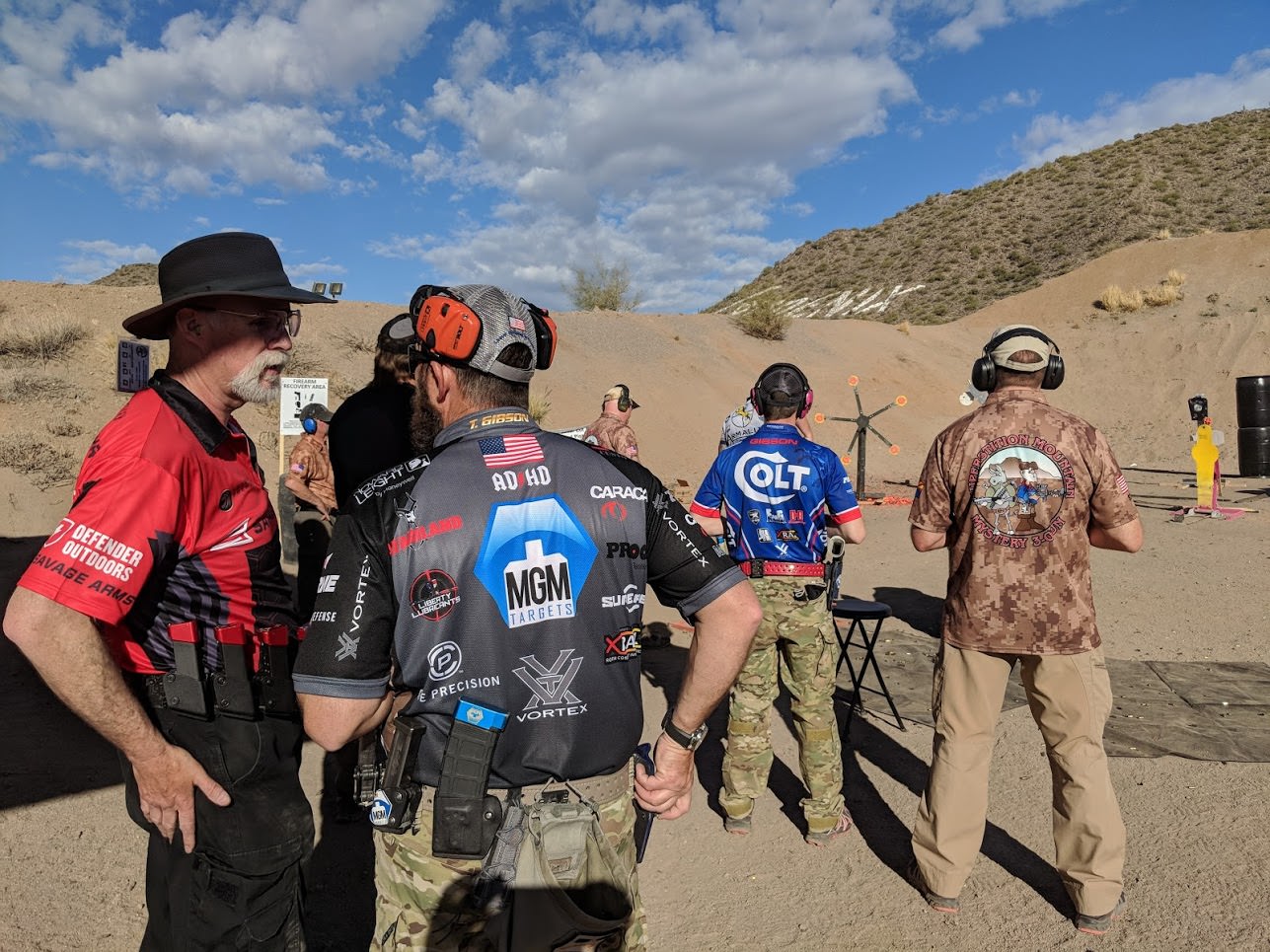 The system has been used in another major 3gun match since then, and a couple minor ones. I’ve sold a few system and the paddles. Time passed.

Here’s where things get interesting. The Lucas Oil PCC Championship was this weekend. I started getting messages yesterday from people asking if I had a Claystar at the Lucas Match. Nope.

Turns out MGM provided all the steel, including a claystar system compatible with their star, which they called a claystar (which is what I’ve been calling it). 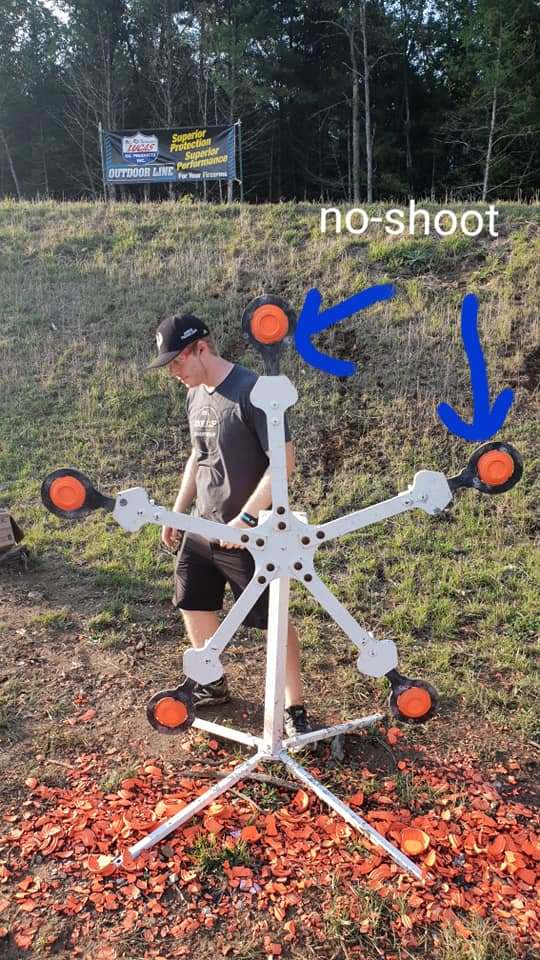 All good, I don’t patent these things, I just want the credit. There’s a long history in the steel targets industry of not patenting things, and competing on your ability to make a solid design at a fair price backed with good customer service, and giving credit to the creator when they come up with something new. Texas Stars are generally attributed Terry Ashton of Texas, utilizing oil field scrap and pipe. Polish plate racks I’m fairly sure are the creation of North Salt Lake Welding. The first dueling tree documentation I have found involved Jeff Cooper and Seligman Shooting Products. The pepper popper is named for instructor John Popper. The claystar is my current contribution to the industry, IDGAF if other companies make it, I’d just like a crack at selling it to people along with the targets that hold it.

So, I posted up on my biz facebook, tagged him and his biz. Shit blew up reaaaaaal good. 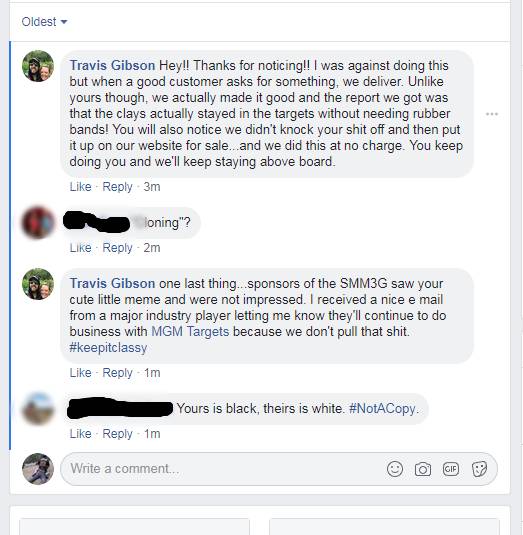 A few hours later I got a from someone who indicated he’s with MGM, and that they had no idea that Travis had done this and that he wanted me to know what good people the are, and that they won’t be selling the claystar, and if they do they will credit me. I told him that’s fine, I just want credit. A post on their site or FB thanking me for letting them use my concept in the Lucas match would be nice, I said. I mean, calling ahead of time to ask for permission rather than forgiveness would have been better, but we can’t change the past.

I kinda doubt that is coming.

I’ve gotten some real nasty reviews from his sponsored shooters at this point, but I also picked up a bunch of new nice reviews from people who saw what was going on and finally chimed in on their own targets they bought from me, or shot at events. It’s been interesting to see it unfold.

Ah well, at least we have the memes. 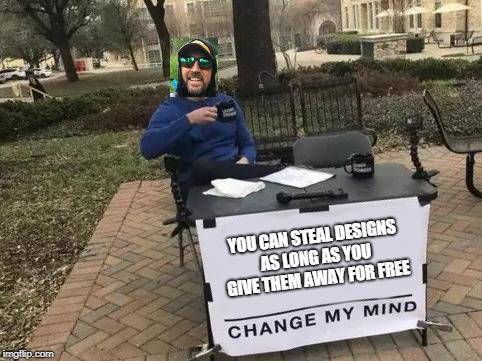 So, at the end of the day, I dunno how this will play out long term, but at least I’ve got a cool story bro to go with the target design now.